The City That Was 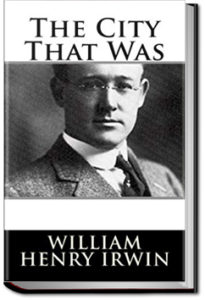 The City That Was by Will Irwin

As all but Martians know (and who knows, perhaps even they), the city of San Francisco, California, was destroyed by massive earthquake and unquenchable fire in April, 1906. Will Irwin was a sometime San Franciscan who was then living in New York. He wrote a piece for the newspaper The Sun on April 21st, remembering and describing he city that was no more. He called it The City That Was. Four years later he returned to San Francisco and, amazed at the rebuilding, wrote a second piece for The San Francisco Call which he entitled The City That Is. The first endeavor became famous and was frequently reprinted; it made the reputation of Irwin as a reporter.