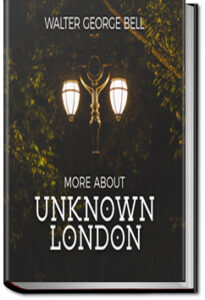 If you enjoyed Unknown London by this author, then you should love this one! Bell’s light and novel exploration of specific topics in London’s history make this easy to listen to and factual. Seventeen new topics are examined in this book, including Anne Boleyn’s letter, tombstone stories, and St. Martin-Le-Grand.

Frederick Edward Maning is best known as an author, but he was also at times a trader and a judge of the Native Land Court. He was born in Dublin, Ireland on 5 July 1811 or 1812 and immigrated to Tasmania with his family in 1823. He lived in New Zealand from 1833 until 1882, when ill health forced him to seek medical care in England. He died in London on 25 July 1883, but was buried in New Zealand later that year. His Old New Zealand: A Tale of the Good Old Times (1863) is one of the few pre-twentieth century New Zealand literary texts that have not descended into obscurity with passing time.

The Pony Rider Boys in the Grand Canyon 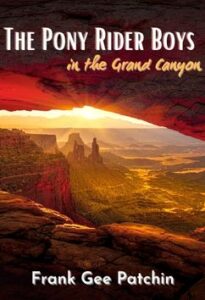 Yee-Haaww! The Pony Rider Boys are on the move again. The boys are back home, but as they are chopping wood, it is decided that they need a new adventure out west. Mr. Perkin’s, Walter’s dad, has suggested the Grand Canyon. So, meeting Professor Zepplin on the way, they set out on the train for Arizona.

The Pony Rider Boys in Texas 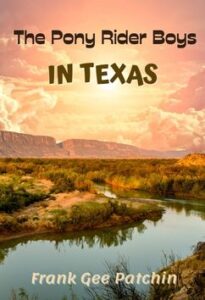 The Pony Rider Boys in Texas by Frank Gee Patchin

Yee-hawww! The Pony Rider Boys are on the trail again! In the second book of this series, Professor Zepplin has taken the young men to San Diego, Texas, to experience the life of a cowboy. The cattle drive will take them across the great state of Texas, where they will meet many dangers and adventures. 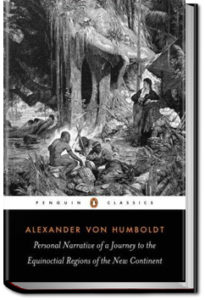 In 1799, with extensive travel permissions from the Spanish government, Alexander von Humboldt and the botanist Aimé Bonpland departed for the Americas on a journey of exploration that would last well into 1804. In writing the “Personal Narrative…”, von Humboldt combined a description of the places and people of their travels with diverse scientific observations; but particularly of plants and animals, geology, weather and astronomy. von Humboldt’s narrative (and Thomasina Ross’s translation) of their adventures is marvelously well written and at times poetically descriptive. Volume I of the “Personal Narrative….”, covers their preparations, departure from Spain, and their travels to the Canary Islands, Tobago, Cumana and vicinity, and Caracas and vicinity in Venezuela. Alexander von Humboldt was a member of the Prussian aristocracy. He was well educated and as a young man worked as an inspector of mines. After receiving an inheritance from his Mother, he was able to follow his desire to explore and follow scientific pursuits, and was sufficiently wealthy to equip and fund his scientific expeditions. Although not a household name today (unless you live in one of the 18 places named after him), von Humboldt was the best known naturalist of his day, and his published observations and interpretations have a very important place in the history of science. For example, he strongly influenced Charles Darwin. He aimed to find the universal principles that integrate all aspects of nature (the Unity of Nature) rather than to just describe and as such is considered to be the founder of biogeography; and he is recognized as being among the first to describe the effect of human activity on climate.

The Story of My Boyhood and Youth 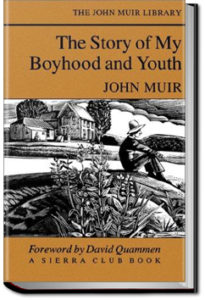 The Story of My Boyhood and Youth by John Muir

“The only fire for the whole house was the kitchen stove, with a fire box about eighteen inches long and eight inches wide and deep,- scant space for three or four small sticks, around which in hard zero weather all the family of ten shivered, and beneath which in the morning we found our socks and coarse, soggy boots frozen solid.” Thus, with perceptive eye for detail, the American naturalist, John Muir, describes life on a pioneer Wisconsin farm in the 1850’s. Muir was only eleven years old when his father uprooted the family from a relatively comfortable life in Dunbar, Scotland, to settle in the backwoods of North America.

The History of London 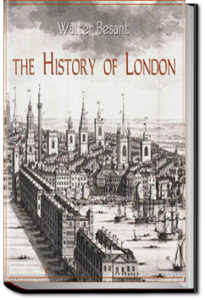 The History of London by Sir Walter Besant

Walter Besant was a novelist and historian, and his topographical and historical writings, ranging from prehistoric times to the nineteenth century, were probably best known through the detailed 10-volume Survey of London published after his death.

This earlier single volume covers, in less depth, the whole period from prehistory until the 19th century. The book appears originally to have been written for boys, and, indeed, the chapters are called “Lessons”. However, it is a very readable history and provides a fascinating insight into both London’s past and the government of the City at the time the book was written.

From Sail to Steam 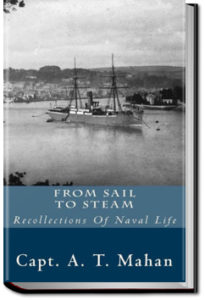 From Sail to Steam by Alfred Thayer Mahan

Alfred Thayer Mahan, American historian and author, whose The Influence of Sea Power Upon History, 1660–1783 became instrumental in the formation of naval strategy by many nations in the 20th century, here recounts his observations and experiences over forty years of active duty as a naval officer.