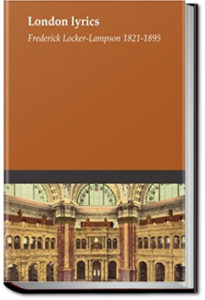 London is one of the most interesting cities in the world, and is inspiring poets until today. This particular volume on the charms of that metropolis is written by native Londoner Frederick Locker-Lampson

Best Crime and Mystery Novels of all time

All You Can Books: Best Crime and Mystery Novels

Looking for a worthwhile mystery book? If you love to read mysteries as much as we do! then we’ve got your must-reads list covered. You can always try All You Can Books for FREE! and check out the amazing collection of over 40,000 E-books & Audiobooks.

TOP 5 Crime and Mystery Novels on All You Can Books:

Murder at Bridge by Anne Austin

Inhabitants of the small town of Hamilton joke that they are afraid of being the dummy when playing Bridge, for fear of being murdered. Meanwhile, Special Investigator Bonnie Dundee demands a re-enactment of the ‘death hand’ to try and find out why, and how, the victim was killed during a high society Bridge party.

Each Dawn I Die by Mark Tullius

Each Dawn I Die contains ten thoroughly twisted tales from Mark Tullius. The setting of each tale varies from the next, yet the idea that permeates all of them is the author’s preoccupation with discovering evil in the ordinary.

This is a True Story!!

The story of how Lizzie Borden supposedly murdered her parents has passed into American folklore, partly thanks to the albeit inaccurate playground rhyme, “Lizzie Borden took an axe, and gave her mother 40 whacks. When she saw what she had done, she gave her father 41.”

Here we have the ‘true’ story, as reported by the local police reporter who attended the trial and lived only streets away from the Borden home with his young wife. After the trial, Porter ‘disappeared’ and it was widely speculated he had either been murdered or bribed to disappear in order to suppress the book.

His reappearance some time later put paid to the first theory. After his death at age 39 from tuberculosis, a new theory emerged, that he had been away for treatment while keeping his illness secret.

Meanwhile, the trial itself was noteworthy for several reasons: it was one of the first to be followed by the nationwide press, providing a template for today’s tabloid and cable coverage of major trials; it also had some distinguished personnel: one of the prosecutors, Frank Moody, later became the attorney general of the United States and was appointed to the Supreme Court by President Theodore Roosevelt; and Borden’s defense attorney, George Robinson, was the former governor of Massachusetts. The appearance of Professor Wood of Harvard University was an early use of an expert witness at trial.

The Clue by Carolyn Wells

On the eve of her wedding day, Madeleine Van Norman, a beautiful young lady who is soon to come into her family fortune is found dead, apparently stabbed with an ominous blood-stained letter opener found nearby. There is nobody within the household who is not considered a suspect by the police, but how could a killer have slipped through the doors of Madeleine’s locked bedroom? It must have been suicide, as a note was found lying on a table near her body. Or was it? An intriguing mystery ensues which hinges on the discovery of a single, all-important clue.

Uncle Silas is a Victorian Gothic mystery/thriller novel by the Anglo-Irish writer J. Sheridan Le Fanu. It is notable as one of the earliest examples of the locked room mystery subgenre. It is not a novel of the supernatural (despite a few creepily ambiguous touches), but does show a strong interest in the occult and in the ideas of Swedenborg. (Summary by Wikipedia)

Do check out our lists of cook books, self help, books of humor or Horror books.

Use this FREE OFFER! to check out these E-books and Audiobooks or FREE!

John Woodhouse Audubon, son of the famous painter John James Audubon and an artist in his own right, joined Col. Henry Webb’s California Company expedition in 1849. From New Orleans the expedition sailed to the Rio Grande; it headed west overland through northern Mexico and through Arizona to San Diego, California. Cholera and outlaws decimated the group. Many of them turned back, including the leader. Audubon assumed command of those remaining and they pushed on to California, although he was forced to abandon his paints and canvases in the desert…. Throughout the whole of this long journey Mr. Audubon took notes of scenes and occurrences by the way. In his descriptions he exhibits the keen observation of the naturalist and the trained eye of the artist. The result is a remarkable picture of social conditions in Mexico, of birds and trees, of sky and mountains and the changing face of nature, of the barrenness of the desert and the difficulties of the journey, of the ruined missions of California, of methods of mining, and of the chaos of races and babel of tongues in the gold fields. It was manifestly impossible to keep a daily journal, and the entries were made from time to time as opportunity occurred. Considering the circumstances under which they were taken, the notes are remarkable for their accuracy. Because it was not edited by Audubon, the text (and this recording) ends abruptly.

The Markets of Paris 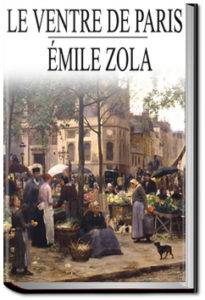 The Markets of Paris by Emile Zola

The Markets of Paris is a remarkable work, and is the one which Zola calls his very best novel, and of which he is far more proud than of any others in his Rougon-Marquart series – prouder than of L’Assommoir. It must have been in his early manhood, when poor and friendless, he lived among the people, that much of the information which makes these pages so startlingly vivid, was acquired. How many mornings, long before dawn, must he have visited these markets – how many hours and days must he have spent there, to have mastered the habits, manners and ways of these people, who are a class by themselves, and of whom we do not lose sight, from the beginning to the end of the book. He introduces us to the Parisian charcutier – the cook shop – and in La Belle Lina, the mistress of the establishment, we find the sister of Gervaise, the woman who stirred the depths of our hearts with pity, in L’Assommoir.

The Life Story of a Black Bear 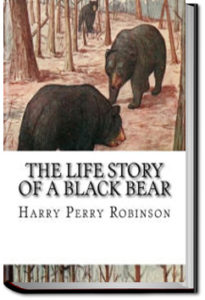 The Life Story of a Black Bear by Harry Perry Robinson

This is the life story of a Black Bear in the western US, as told by the bear himself. He tells of the days when humans began to invade the territory where they and their ancestors had been kings for many eons.

Five Weeks in a Balloon 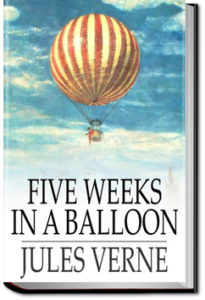 Five Weeks in a Balloon by Jules Verne

Join three intrepid explorers as they seek to cross and explore the continent of Africa from Indian Ocean to Atlantic Ocean, except they’re doing it by hot air balloon. Scholar and scientist Samuel Ferguson, his manservant Joe, and his friend Richard “Dick” Kennedy engage in this mighty scientific feat, as they face danger after danger, enjoy adventure after adventure, and experience the literal highs and lows of Africa from the view of a hot air balloon. 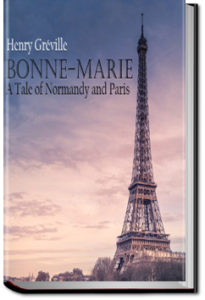 Bonne-Marie, Henry Gréville’s last work, will no doubt create a sensation, such is its freshness, beauty, and delicacy. It is the story of a young girl, the daughter of a smuggler in Normandy, on the coast of France. Having been educated in a Convent, at Cherbourg, she returns from school where her father had placed her, and struggles in spite of her discontent to do her duty in her humble home. She turns a deaf ear to a lover’s pleading, and when her father is killed in a fray with the Coast-Guard, she leaves her home and goes to Paris to seek her fortune. The tale of her struggles with poverty, of her debut as a singer in one of the celebrated Cafés – where, after a great success, she loses her heart to an artist, is simply, powerfully and most pathetically told. What happens after we must leave the readers of this charming volume to discover for themselves, all of which is beautifully sketched, and the story from beginning to end is pure, fresh and breezy. Mrs. Sherwood’s English in this translation is beyond all praise – it flows freely on from beginning to end. 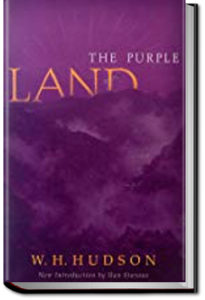 In W.H. Hudson’s first novel, an Englishman wandering on horseback across the pampas finds adventure and romance in Uruguay. The full title became: “The Purple Land: Being the Narrative of One Richard Lamb’s Adventures in The Banda Oriental, in South America, as Told By Himself”. In the preface to “The Sun Also Rises”, President Teddy Roosevelt said that everyone should read “The Purple Land.” 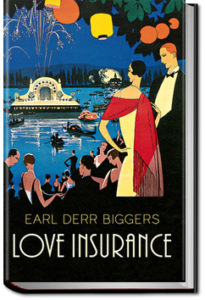 On duty with Lloyds of London in NYC, young Richard Minot is sent to the St Augustine-ish town of San Marco to ensure that a wealthy young lady, Cynthia Meyrick marry his firm’s client, Lord Harrowby. Then, in a meet-cute on a slow-moving train, Minot meets the very enticing Miss Meyrick and… reconsiders his duty. 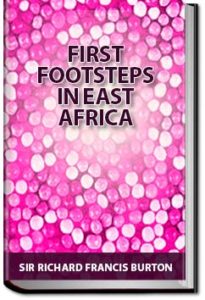