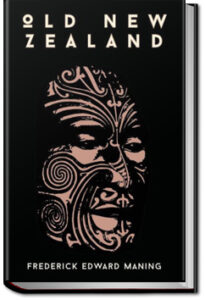 Frederick Edward Maning is best known as an author, but he was also at times a trader and a judge of the Native Land Court. He was born in Dublin, Ireland on 5 July 1811 or 1812 and immigrated to Tasmania with his family in 1823. He lived in New Zealand from 1833 until 1882, when ill health forced him to seek medical care in England. He died in London on 25 July 1883, but was buried in New Zealand later that year. His Old New Zealand: A Tale of the Good Old Times (1863) is one of the few pre-twentieth century New Zealand literary texts that have not descended into obscurity with passing time.