France is one of the world’s top tourist destinations, and there’s plenty to get your teeth stuck into, from great cities like Paris, Bordeaux, and Marseille to the prehistoric sites of the Vézère valley and Brittany’s beautiful coastline.
But how well do you really know the country?

The country also has an extremely rich history. Because of this history, France developed bizarre customs and stories that make it one of a kind.

Embrace “joie de vivre” with these fun facts about France.

Francophone is a person who can speak French Fluently.
Did you know how easy it is to become a ‘Francophone’? All you can books offer easy to learn language courses, which will help you in calling yourself a ‘Francophone’

France favors roundabouts over stop signs. In fact, they have about 30,000 in the country, which is more than half of all roundabouts in the world. According to studies, roundabouts reduce the overall number of collisions and the seriousness of collisions.

It is illegal to Kiss on France Railway Platforms to avoid delay in Train Timings. Well isn’t that an odd rule to keep things in place. But Hey! anything to get my train on time.

The shortest period a king or queen has ever reigned over a country was when Louis XIX, technically could claim himself as the king of France. It took about 20 minutes and he stepped down and placed his nephew in charge, and he never really ruled the country.

In the 50’s it was decided that it should be allowed to marry a dead person, under special circumstances. One needs to prove that there were already plans on getting married, and also send a formal request to the President.

The one who marries a dead person will not inherit and the family of the deceased must approve the marriage as well.

IN FRANCE it is illegal to name a pig Napoleon, almost 200 years after his death

Napoleon built a large empire that ruled over much of continental Europe before its final collapse in 1815. He is considered one of the greatest commanders in history, and his wars and campaigns are studied at military schools worldwide.

Experts say the odd law exists because ­calling a pig after the emperor would insult a head of state.

The guillotine was introduced as the official way to execute people back in 1792. It was a simple way that also let the people watch offenders get their punishment. Luckily, the death penalty was abolished in 1981.

The last execution with a guillotine in France happened in 1977 after a man from Tunisia named Hamida Djandoubi was sentenced to torture and later death.

Among the many inventions, some notable ones are the hot air balloon, pasteurizer, stethoscope, and the parachute. Each of these has changed the world.

In recent years there is one particular famous French invention, namely the cell phone camera, which was first developed by Philippe Kahn, back in 1997.

Back in the 1600’s in France, it was considered a crime if a man wasn’t able to get an erection, and this was enough to let a woman file for divorce. If a married woman accused her husband of male impotence, he had to prove the contrary in front of an expert panel.

If he failed, which was understandably quite common, the man could also demand to get a second chance by having intercourse with his wife in front of a judge. Quite an obscene fact about France. The law was banished in 1677.

As you can tell, the history of France has created a rich culture. It has its quirks, just like any nation, but overall it’s a tremendous place to live and visit.

The French are well-known for the love of wine and cheese. They are also a very progressive culture that is on the cutting edge on a lot of social and environmental issues.

We hope these fun facts pique your interest in France. If you’d like to learn more about other countries be sure to check out our posts on Germany and Japan.

Be sure to check out All You Can Books and the variety of Language courses it offers :).

A famed archeologist, an aging doctor, and a young army engineer set out across the African desert on a great adventure. Professor Higgs is in search of new archeological discoveries, Dr. Adams seeks to rescue his kidnapped son, and Captain Orme wants to forget an unhappy love affair. Maqueda, Daughter of Kings, ruler of the Abati, enlists their aid to destroy the sacred idol of a neighboring tribe with promises to help the doctor rescue his son. However, the idol is a second great sphinx, carved out of a mountain. In their quest they can expect little help from the weak and cowardly Abati. The road is fraught with danger, wild beasts, valiant enemies, and traitorous allies, but their greatest danger is a beautiful woman whom it is death to love.

Welcome, all to the second stop to our traveling journey!
After our first visit to Germany it is time for our next stop, i.e the magnificent country of Japan.

Let us dig deeper into the fascinating facts of Japan

Top 10 Facts about Japan, you ought to know:

We have come to an end of this Interesting Journey with Japan.

Be sure, to return to know more about our next Destination.

Hallo Leute (That is Hello you guys!)

We at All You Can Books are starting our own Travel series. With the Virus lurking around us, it is unsafe and has kept us housebound. Hey, but that should not stop us from Learning and Knowing more about the other parts of the world.

This week we are going to learn some interesting facts about a country which is Europe’s Economic Powerhouse.

It is so interesting as well as easy to understand a culture when you understand the language. All You Can Books provides a range of languages to learn, in an extremely easy way.

We will meet Next Week to in search of a new country and to learn new Facts.

Until then Stay Tuned with All You Can Books. 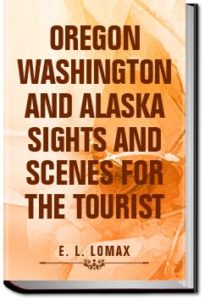