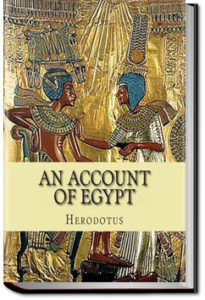 The subject of the history of Herodotus is the struggle between the Greeks and the barbarians, which he brings down to the battle of Mycale in 479 B. C. The work, as we have it, is divided into nine books, named after the nine Muses, but this division is probably due to the Alexandrine grammarians. His information he gathered mainly from oral sources, as he traveled through Asia Minor, down into Egypt, round the Black Sea, and into various parts of Greece and the neighboring countries. The chronological narrative halts from time to time to give opportunity for descriptions of the country, the people, and their customs and previous history; and the political account is constantly varied by rare tales and wonders.

Among these descriptions of countries the most fascinating to the modern, as it was to the ancient, reader is his account of the marvels of the land of Egypt. From the priests at Memphis, Heliopolis, and the Egyptian Thebes he learned what he reports of the size of the country, the wonders of the Nile, the ceremonies of their religion, the sacredness of their animals. He tells also of the strange ways of the crocodile and of that marvelous bird, the Phoenix; of dress and funerals and embalming; of the eating of lotos and papyrus; of the pyramids and the great labyrinth; of their kings and queens and courtesans.

The Holy Land and Syria 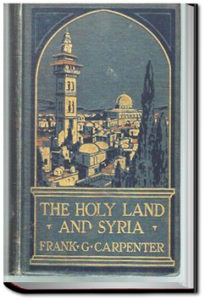 The Holy Land and Syria by Frank G. Carpenter

Join a journey through the Holy Land and Syria as it existed in the early 20th century. Visiting and learning of Bethlehem, Jerusalem, Palestine and other fascinating and sacred spots of this truly historic region.

An Excursion to the Lakes in Westmoreland and Cumberland, August 1773

An Excursion to the Lakes in Westmoreland and Cumberland, August 1773 by William Hutchinson

In the summer of 1773, lawyer and antiquarian William Hutchinson set out from his home in County Durham on a tour of the English Lake District. Accompanied by his brother, George Allan, he travelled by horseback from Bowes to Penrith and Keswick, down through Grasmere and Ambleside to Kendal, and back via Kirkby Stephen to County Durham. When he returned home he wrote what may be the first guidebook to the Lakes. Written in a pre-Romantic era when English writers were just beginning to discover the delights of the scenic view, Hutchinson’s account vividly describes a district that would soon be the haunt of literary giants such as Wordsworth, Southey, Matthew Arnold and Harriett Martineau.

The Port of Missing Men 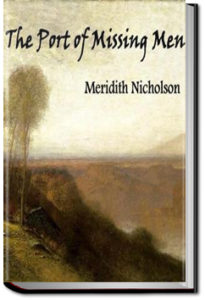 The Port of Missing Men by Meredith Nicholson

Shirley Claiborne is fascinated by the tall handsome man named John Armitage who seemed to follow her and her brother, Captain Claiborne, as they traveled around Europe. Count von Stroebel had urged Armitage to do something for Austria. Now von Stroebel was dead – cut down by an assassin’s bullet – and Jules Chauvenet is one step closer to seeing the corrupt and worthless Francis ascend to the throne. When Shirley and Captain Claiborne sail for their home in Washington D.C., Armitage follows them. Monsieur Chauvenet also follows, but is he following Shirley or the mysterious John Armitage? And just who is John Armitage?