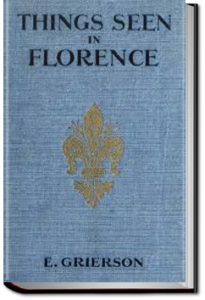 One of the largest and wealthiest cities of medieval Europe, the home of Dante and Giotto has long been a magnet for lovers of art, architecture and history. In this short guide, Elizabeth Wilson Grierson shares her passion for the city, taking the visitor on an informative tour of its major sights as well as some of its hidden corners. 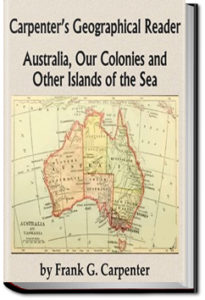 The purpose of this book is to give the children who read it a living knowledge of Australia and the chief islands of the world, and especially those which have become colonies or dependencies of the United States. In a personally conducted tour through the eyes of teh author they travel over [these islands], seeing our brown-skinned cousins of the several colonies as they are at home. They learn about the resources of the various islands, and of their value to the United States. They visit the people on the farms and in the factories. They spend some time in the cities and villages, and they explore the wilds, observing the wonders of plant and animal creation.

Under the Sky in California 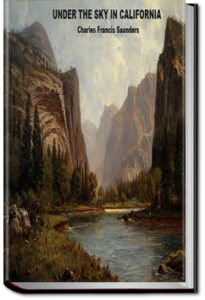 Under the Sky in California by Charles Frances Saunders

This popular book went into three printings. “…the main concern of the author has been to draw attention to an immensity of almost unexplored mountain, desert, canon and flowery plain,… This is the real California…. Like all genuine things, it has the compelling charm of the primitive and to the lover of the unartificial it appeals with freshness and power.” 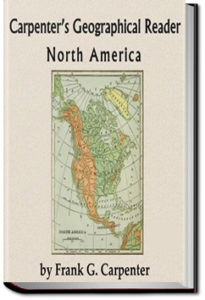 The purpose of this book is to give to its readers a living knowledge of some of the wonders of the country and continent in which they live. Upon a personally conducted tour they are taken by the author through the most characteristic parts of the North American continent. They travel through the United States, British America, Mexico, and Central America, studying the most interesting features of life and work among the people of each country, learning how they are governed, and what they do in order to live. Much information is also given concerning the natural resources and the physical features of the countries visited. 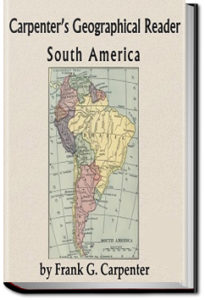 In this book the children are taken by the author upon a personally conducted tour through the most characteristic parts of the South American continent. The book will, it is believed, aid in putting flesh and blood on the bones of the geographies, and will give a living interest to geographical study. 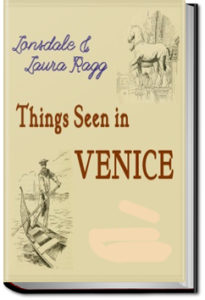 Venice, once among the most powerful states of the Western world, now a much-visited but still romantic city of canals, architecture and art. Most European cities have changed so much that a 1920 guidebook would be of little practical use, but not so Venice. Lonsdale and Laura Ragg were residents of the city – where Lonsdale was chaplain of St. George’s English church from 1905 to 1909 – and they knew it well. Their guide brings its buildings and canals, its campi and its hidden campielli, to life in a surprisingly contemporary way. Try listening to Chapter 2 as your vaporetto chugs along the Grand Canal from the railway station to the Rialto bridge, only slightly faster than it would have done a hundred years ago!

Vagabonding Down the Andes 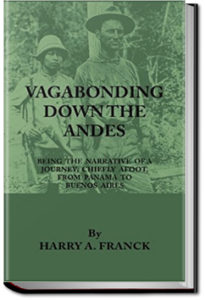 Vagabonding Down the Andes by Harry Franck

Sometime in the latter half of 1911, Harry A. Franck jumped out of a box-car and crossed the Rio Grande, from Laredo. Thus began a journey, often afoot, that Harry estimated would take him 8 months. It ended up occupying four years of his life. The first leg of his Latin American epic is recorded in “Tramping Through Mexico, Guatemala, and Honduras; Being the Random Notes of an Incurable Vagabond”. He then headed south to the Canal Zone, Teddy Roosevelt’s grand experiment in socialism, and applied within the Zone police force for a position as a census taker (chronicled in “Zone Policeman 88; A Close Range Study of the Panama Canal and Its Workers”,). Since he was one of the few Americans who actually spoke Spanish, and a bevy of other languages, he was hired immediately. By June, 1912, he’d bankrolled enough money to see him through the opening phase of the work I’ll be reading for you, “Vagabonding Down the Andes; Being the Narrative of a Journey, Chiefly Afoot, From Panama to Buenos Aires”. Leaving the Zone in June of 1912, with “objections to his reemployment”, he caught a steamer and entered the South American continent at Cartagena, Colombia. Approximate 30 months later, having walked most of the length of the Inca highway, he staggered from a trek that took him over mountains and through raw jungle onto a ferry, and thence sailed into Buenos Aires, regarded as one of the most glamorous and expensive cities on earth at the time. This leg of the four volume epic (which later concludes with “Working North from Patagonia; Being the Narrative of a Journey, Earned on the Way, Through Southern and Eastern South America) was the longest one, and in many respects, “Vagabonding Down the Andes” was also the most detailed.