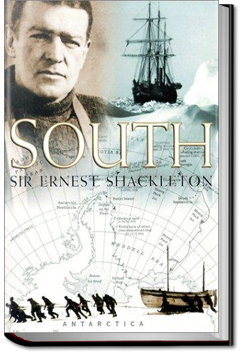 Shackleton’s most famous expedition was planned to be an attempt to cross Antarctica from the Weddell Sea south of the Atlantic, to the Ross Sea south of the Pacific, by way of the Pole. It set out from London on 1 August 1914, and reached the Weddell Sea on January 10, 1915, where the pack ice closed in on the Endurance. The ship was broken by the ice on 27 October 1915. The 28 crew members managed to flee to Elephant Island, bringing three small boats with them. Shackleton and five other men managed to reach the southern coast of South Georgia in one of the small boats (in a real epic journey). Shackleton managed to rescue all of the stranded crew from Elephant Island without loss in the Chilean’s navy seagoing steam tug Yelcho, on August 30, 1916, in the middle of the Antarctic winter. (Summary from Wikipedia)

As the last section is a short original recording by Ernest Shackleton about the expedition.